I’m not afraid to raise my hand and say that I’m a part of the new year resolutions group. I may be a little shy though to say that I’m also in the category that fails every year. The question again remains…why do we fail at our New Year resolutions? 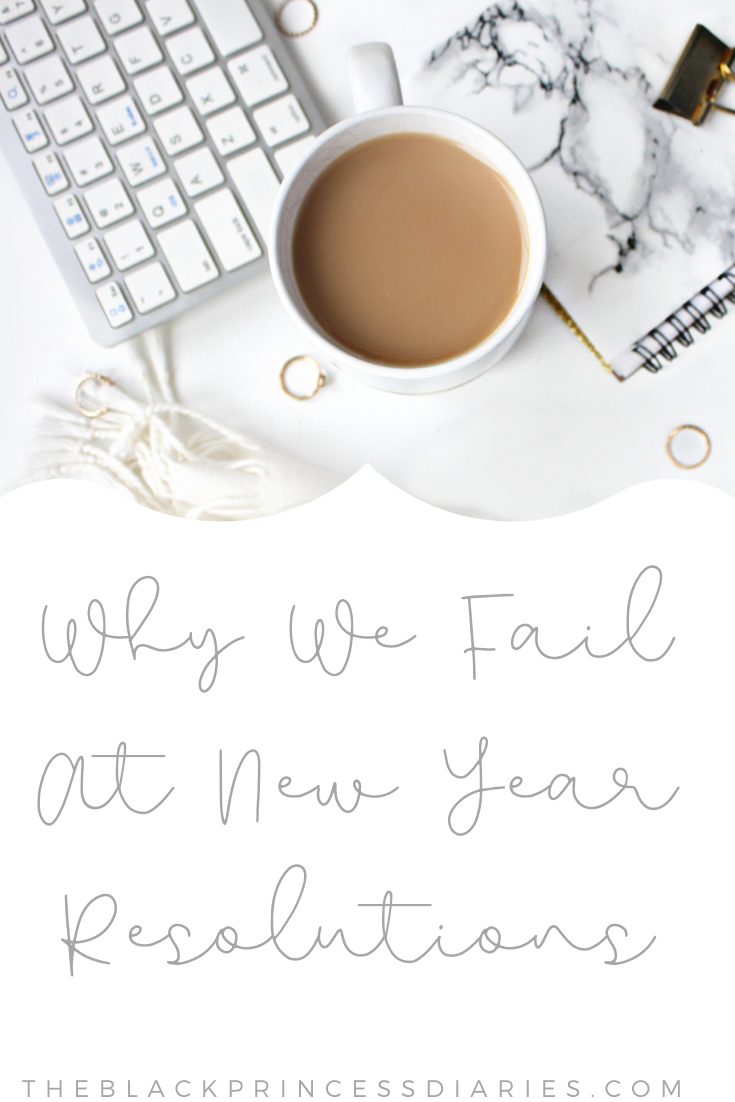 One reason why we fail is that the resolutions are unrealistic. A lot of times, a new year is used as a reason to become a better person. Suddenly we want to make a jump from being one person into a completely different person. This isn’t saying that you can’t do anything you put your mind too, but you still have to be realistic about the changes you want to make. We often say we’re going to do things that may fit someone else’s lifestyle or personality, but aren’t the best for us.

We Use The Word Resolution.

If I was going in a certain order, then this would be number 1 on the list. The use of the word “resolution”. I feel like the word resolution just doesn’t leave a lasting impression. It’s a nice word to use, but it doesn’t make you want to get things done “in my opinion”. Instead of using resolutions…we need to start using the word goals. I believe that using the terms “New Year goals”, “yearly goals”, etc. will start a sound foundation. Which word sounds better to you? Resolutions or Goals?

We Make Them Because We Feel We Have To.

Another issue is that we can often feel pressured to make them when we don’t have to. At the end and beginning of every year, that’s the number one question…”What are your new year resolutions?” If you don’t have any then you might end up feeling like you’re going to get some strange look or feel like you don’t have anything planned for yourself. You can have a lot of ideas of how you want the next year to go, but that doesn’t mean you have to make some list and slap the word “resolutions” on them. Maybe you have no idea how you want the next year to go and that’s fine too. It’s ok to not follow the crowd. Just go into the new year hoping for the best and see what’s in store.

We Don’t Have A Clear Path.

This is probably one of the most important reasons why we fail. There is no clear path to what we want to do. So, say you have your goals written down. You want to lose weight, save money, read more…all of that good stuff. It sounds like you have your path for the new year right? WRONG. Here’s why you’re wrong (because I know you’re wondering). You know what you want in the end (save money, weight loss, yada yada) but if you don’t make any small goals within those big goals, then you’ll have no clue how to get there. Making smaller goals is the stepping stone and path that leads to the big goals. It’s also important to be very specific. Another example, you can’t just say “I want to save money.” You have to be specific. You have to say “I want to save $100 a month.” Perfect, you know exactly what you want to do. Next, how are you going to do it? Create your path. Now you have to say “I’m going to save $100 a month by eating out less and putting money aside each paycheck.” BOOM. You know what you’re going to do and how you’re going to do it. You’ve created your path. We have to take the time to write down our goals and create the path we want to get to them.

How do you feel about making new year resolutions? Do you have trouble accomplishing them or are you a master at getting them done?