I know I can’t be the only one who gets annoyed by social media. It’s pretty easy to get annoyed by it when you’re on it so often trying to make a career out of something that’s based on it. Below I’m going to give a few of my reasons exactly why social media tends to annoy me pretty often. Maybe you guys will read this and see some points you resonate with yourself. 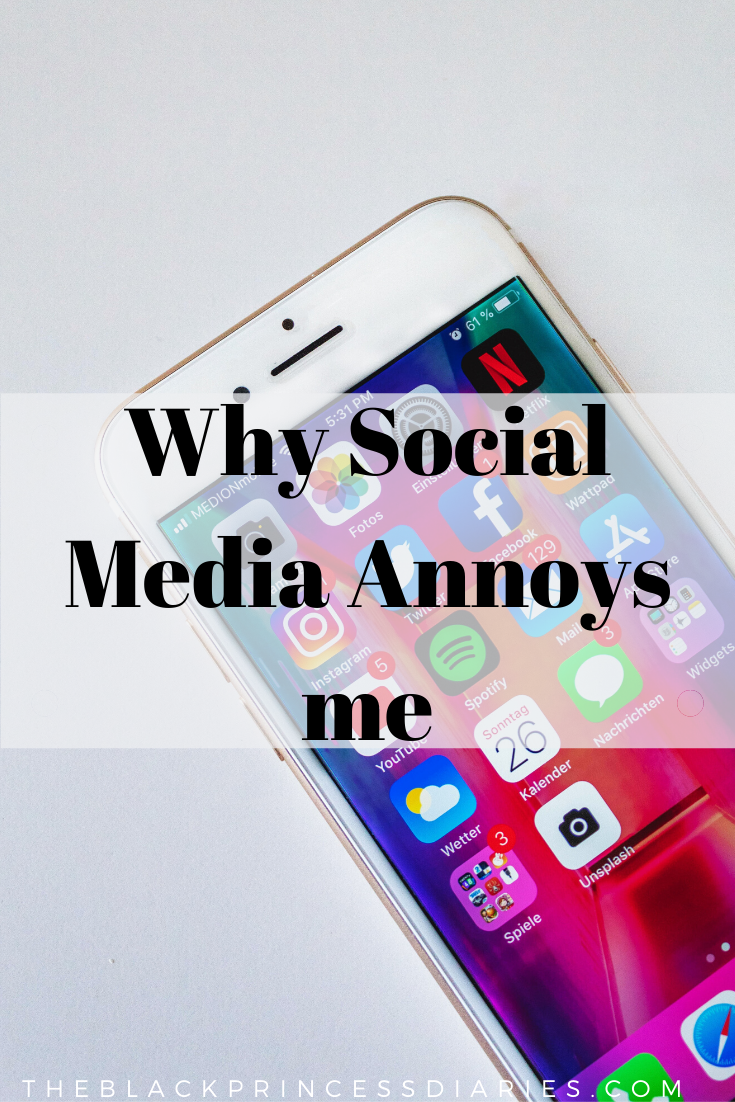 Algorithm. This might be one of the most annoying things ever, so I had to put it first. If you’re on Instagram, then you know of the dreaded algorithm issue that lies there. Instead of just showing posts in the proper order of when people posted, I believe they show posts in order of either most popular or what they think you’d prefer to see. Thanks Instagram, but I didn’t ask for that. It makes it a bit difficult for bloggers and social influencers to get traction on their photos, especially you’re not the most popular just yet. And…well…it’s just plain annoying. When I catch up on posts, I want them to be in order. I prefer not to jump everywhere, but that’s just me.

It’s getting a little pricey. Another thing that’s annoying is how you almost have to pay nowadays to get more people to see your posts. If you’re not too familiar with social media, there are options where you can pay to have your posts advertised or promoted. This is on a decent amount of websites. Do you have to pay for people to see your posts? Not at all, but you might not be getting the full attraction that you want. This is just a way for sites and apps to get money out of us in my opinion and it’s very annoying to say the least.

Trolls galore. There are trolls everywhere…and I’m not talking about the cute kind. I’m talking about the mean kind that has no life other than to be a troll. I’m one of the lucky ones that have rarely experienced a troll, but I see it all the time under celebrity posts or even just people with a big following. Half the time the things they say don’t make sense. I know what’s going on under someone else’s comment section has nothing to do with me, but when I look in the comments under a post that’s not even controversial or anything and there’s just random mean or crazy comments, it makes no sense. People assume that because someone has a huge following, they don’t see the comments, but they do.

Unrealistic at times. Or maybe most of the time. It’s no question that social media is filled with unreal representations. Whether it’s fake happiness, looking rich when you’re broke, making your waist look snatched and your makeup look flawless…a lot of it tends to be fake. I’m personally not even knocking anyone who chooses to do major edits and just show the good stuff most of the time. That’s your choice. Even I’m trying to look for an app sometimes to help my makeup when it’s not looking the best in my photos. However, it’s when you’re lying about these things that make it bad. There are so many “perfect” people on social media and when someone sees these things, then they assume that’s the real and their reality isn’t sh*t compared to what they see. Well, the reality you see on social media isn’t real either but how is someone supposed to know that? Not only is social media unrealistic, but it’s also filled with lies. Don’t believe everything you see.

Nothing is perfect, and the world that is social media for sure is included. What’s something about social media that annoys you?