Social Clock: “The culturally expected time spans of such traditional events of adulthood”(psychologenie.com).

Some of us have heard of the social clock. For those who haven’t, It’s that moment in your 20’s where you’ve experienced feeling behind and like everyone is completely ahead in life. Sounds familiar? That’s because more than likely you either are experiencing it now or have experienced it. If you haven’t yet, then either you’re a little too young, is going to, or you were lucky enough to avoid the pesky social clock that society has thrown at us. If that’s the case then please share your tricks because they are highly needed! 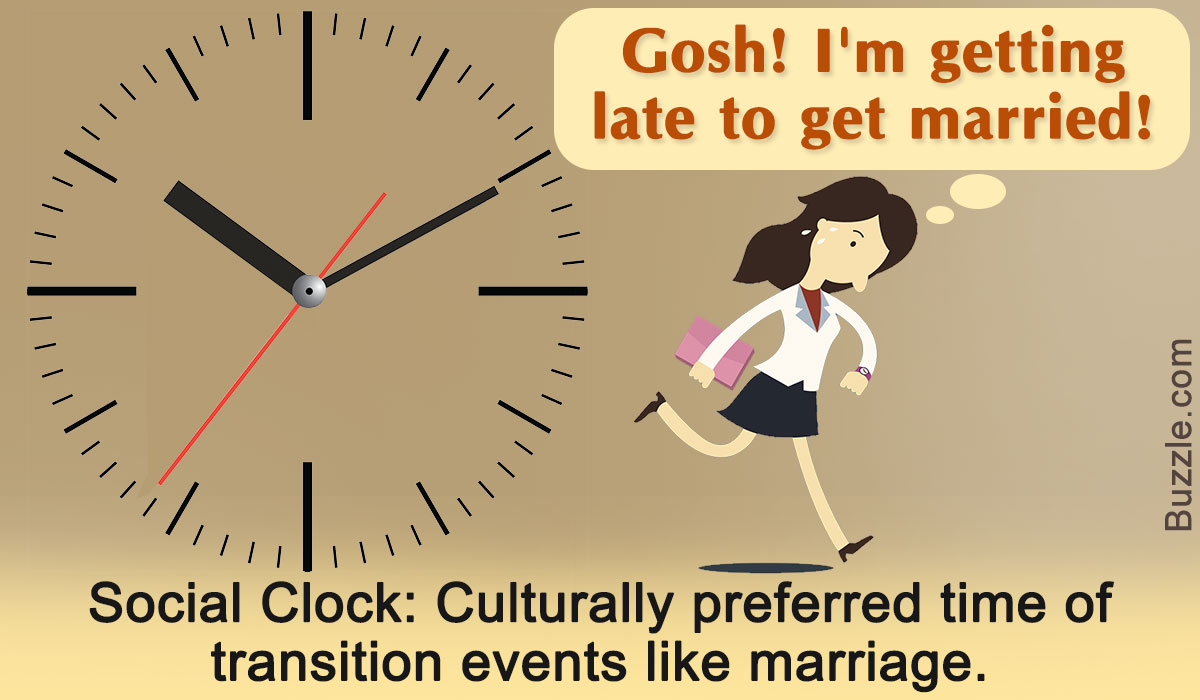 I can speak about this personally because I am going through this as we speak. The social clock is something I learned about in one of my Psychology courses. I always knew about things like midlife crisis, feeling behind in life, and  everything of the sort, but I never knew the term social clock was a thing.  So you may think, if I’m aware of it then I should know how to avoid being affected by it….right? Not quite. It doesn’t matter how many notes and how much knowledge you have on how to avoid the affects of the social clock, the feelings of being behind can still hit you, especially in this day and age.

I’m in my twenties, and nowadays it seems like everyone is married, owning their home, and has their own business by the age of eighteen. Here I am, a 23yr old and I’m just trying to figure out how to survive at this point. So how can I not feel so behind? Often people shame you for not being in a certain place at a certain time. You have to have your own car, home, and earn a certain salary by 25. You need to be done with college, undergrad and grad, no later than 26. If you’re not married by 30 with kids then it’s just not happening for you because your eggs/sperm are done and everyone in the world is officially taken. Did you just get the sudden feeling like you’re drowning? Yea me too. That’s what society does and it’s harmful and could even cause some hasty decisions just to try and play “catch up” with the world.

Besides all of the rest of the world having you feel like you’re miles behind, your family can be some of the main ones trying to put you on a timeline. I’m lucky enough to not have that experience(so far), but others aren’t so lucky. They have parents and grandparents on their backs about when they’re getting married, having kids, getting a certain job, etc. This can not only be a nuisance, but overall way too overwhelming. There’s not too much you can do about family, but you can do your best to explain to them that everything will be done in your own time. Which is true. Everything will happen in its own time when it’s supposed to happen.

I know earlier I said there was nothing you can do about getting that behind feeling, which there isn’t, but there is something you can do to stop it in it’s tracks. What I like to do sometimes when that feeling begins to consume my brain and thoughts is to just take a second to breathe. I take a deep breath and then I make note of the social clock. It also helps sometimes to bring it up if you’re talking to someone about these feelings you’re having. Making note that the social clock exists is like acknowledging that these feelings are only there because society told you to and that if haven’t done x,y,z yet then you should worry, which isn’t true. Then, I like to tell myself that I will get these things done when it’s my time and to take it day by day.

God, the universe, Buddha, or whatever you believe in, will set things in place for you when you need it to happen not when you want it to happen. I heard something on TV about goals and plans. We tend to get discouraged when our life plans don’t work out the way we want. We end up wanting to give up on our plans and goals, feel like nothing is going to happen for us, or just think that we’ll be stuck in a certain spot forever. This isn’t true. Life will not always happen the way you want. This is coming from a girl who didn’t plan on having to come back to college to finish two courses after graduating, but here I am. The guy on TV said something that struck me. He said “Make your goals and stick with them. You don’t have to change the goal, just the way you get to it.” This is so true. Your goals don’t have to change and it doesn’t mean they’re not going to happen, but sometimes the path or route might change. You just have to adjust. Maybe you don’t enter college at 18 or 19. That’s ok. Don’t throw the goal away because you feel behind. Just reroute. You’ll get there.

Have you ever felt behind from everyone else in life? If so, what did you do to overcome the feeling?