*Breathes* Lord be with me. Ok, so I know you read this title and was like “Is she really going to discuss this?” Or maybe answered this with an answer in your head that you already have. Well, I know this is a big topic and a controversial one at that, but would this be the black princess DIARIES if I didn’t protest my thoughts? I think not. So of course I had to make a quick (or not so quick, we’ll see at the end how long this takes) post on it. Before I begin, my black men reading this I need you to know that I am in no way whatsoever bashing you in this post. And I’m aware it’s not all black men. This focus is on the ones who do bash…just in case you were thinking about losing it because you saw the title.

Let’s begin shall we?

This isn’t a topic I’ve personally considered myself to be too deep into, but I have seen posts over the years and even come across certain comments from some black men bashing. So why not speak about it on this lovely Monday morning? Do I think black women get more shit from black men than any other race? Honestly, I do. Some have their own interpretations for why. Right now I’m going to get into some reasons I think why men are treating their own kind the way they tend to do and dissect them a little bit.

This reason I’ve seen pretty often, I’ve even experienced it myself. There was a guy who I was talking to for a short time. He messaged me on this dating app (when I could stand dating apps) and he seemed kind of cool so far. It had only maybe been like two or three days and he brought up wanting a little bit more than I was wanting. So I told him I wasn’t trying to do what he was and he just lost it. Basically stated that this is why he doesn’t mess with black women, etc. I’ve seen plenty of this around.

You get rejected so what better way than to let out your anger than to bash your own kind? Listen, you being rejected has nothing to do with me being a black woman. Black men take note: just because we are of the same race does not mean that we’re going to go along and jump into the arms of any black man who approaches us like you’re saving us from all the other races. If you choose to move on to another race because you keep getting rejected by black women, then that’s your prerogative, but there’s no need to bash us black women. At the end of the day, if it’s you that’s the problem then it’ll be hard to get woman regardless of race.

Completely coming from my own thoughts, but I think another reason could be internal racism. When I say this, I mean that something has put you in a mindset that black women are just the lowest of the low and completely inferior to any other race of women. I mean from the color of a black woman’s chocolate skin to the size of her nose to the way she chooses to wear her hair.

I’ve seen around on twitter where some black men just don’t like black women at all. They just are not attracted to them whatsoever. But the question is, and I’ve seen this question being asked as well, how do you not like an entire race of women? Especially one that is extremely diverse. I know this question can stir up a big discussion, but it’s a real question. I believe it comes down to taking a moment and thinking “what reason is it that I don’t like an entire race?” Think about the things you don’t like and why. For example, if you’re a black man and you say you don’t like dark skin vs light/white skin. Why? Is it because dark skin grosses you out? Do you think white skin is more pure? Then my dear black man you have some self evaluating to do.

I think that another reason might be one that comes from abandonment. This can also be combined with rejection but on a deeper level. There are black men out there who have been abandoned by their own mothers. I know I’ve seen comments replying to black men who’ve made bashing comments saying “but isn’t your mother black?” or “would you say that to your black mother or grandmother who raised you?” Thing is, do we know if that’s who raised them? Not it’s still no excuse to bash black women, but it gives a little insight on the reasoning. There are some men out there who’ve only known abandonment from black women…or black people in general. Maybe they were thrown into foster care. Maybe they’ve never had that love from a black woman. Whatever the case may be, this could cause generalizing towards black women. So now there’s hate for the entire race.

Black men who are like this need professional help. Talk to someone. The thing is, I believe sometimes they’re not even aware of this problem. Maybe they’ve buried their issues so far deep that the reasoning for their hatred is almost unclear…until those feelings are brought back up. Some are 100% aware of their feelings and why but are so headstrong that you can’t tell them anything. Those men are the hardest to get too and could possibly stuck in this mindset all their lives. 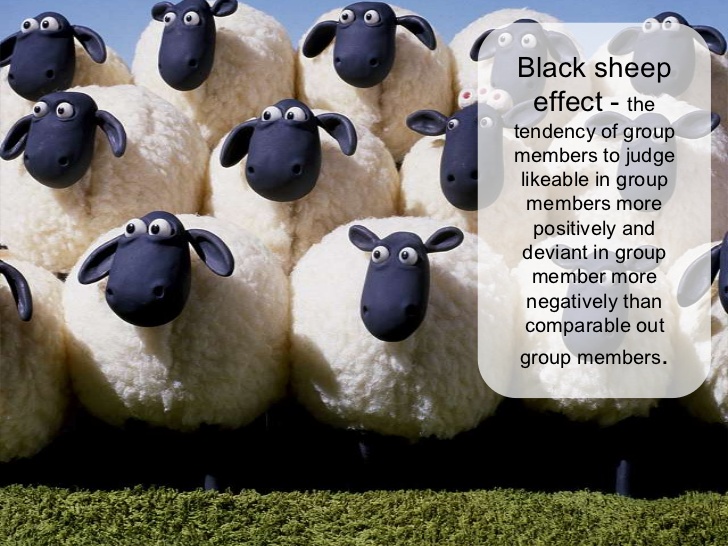 This is a concept I’ve learned from my social psychology course. This concept can be tied back to rejection as well. Think about this, a black man approaches a black woman. The black man does his best to get her attention and impress using his “best” pick up lines, but she’s just not feeling it and turns him down. Well, now she’s seen as unfavorable and because she’s also black, she’s going to get more sh*t than if another race turned him down. Again, for example he might respond with “see this is why black men don’t f*ck with you black bitches, you won’t give us a chance!” Does this sound like a familiar line you’ve heard or seen before? Yea I believe it’s used quite often and it’s extremely messed up.

If you’re a black man who’s bashed or disrespected black women, get help and grow up.
It’s time to come make some realizations. I’m not saying you have to be with a black woman, but I’m saying you don’t need to disrespect us in the process.

If you’re a black man who doesn’t bash us, I value you and I hope you’re sticking up for us when you see this type of hatred happening.

Black women, I know it hurts sometimes seeing this type of hatred when a lot of us ride so hard for our black men, but we have to stick together and don’t forget to appreciate the ones that ride as equally hard for us.