Yup. We’re getting a little taboo here kids and discussing something that shouldn’t be taboo at all. Before diving into the stats and all of that good stuff, let’s just talk about how crazy it is that discussing mental health can be seen taboo in the black community…even still today. I know back in the day with our grandparents and their parents and so on, it may have been a huge no no to discuss mental health. You just keep it to yourself, pray anything you’re going through goes away, and keep it moving. And I get how being taught to keep it hush gets passed down, especially in men when being taught how “tough” they should act, but it’s a new time now. Black men to stop being so “tough” and open up about their mental battles because in my opinion that’s what really makes them tough. Doing something so hard as letting your walls down and opening up about something so stigmatized. The black community in general also needs to stop making mental health seem taboo. 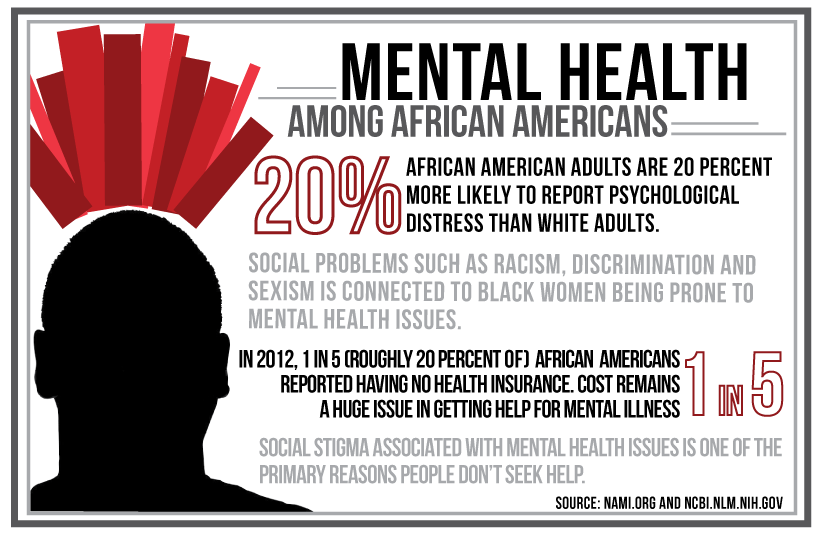 Let’s look at these statistics a little bit. Do you guys see this? 20% of African Americans are more likely to report psychological distress than white adults and underneath that, you can see why. We go through so much and have to deal with a hell of a lot. Note, these aren’t even the most recent stats either. I think that the last gray section is very important as well. “Social stigma associated with mental health issues is one of the primary reasons people don’t seek help.” We have to stop ending the stigma that surrounds mental health. 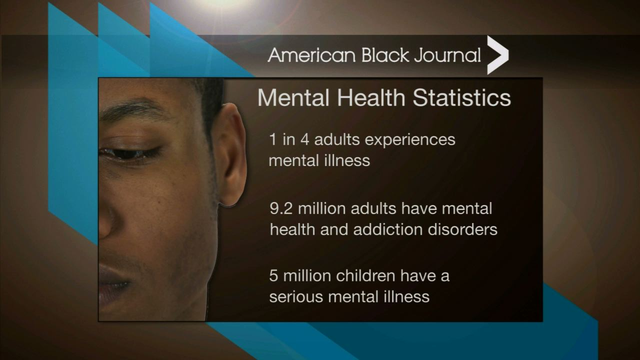 Here’s another group of statistics regarding mental health in African Americans. Just look at these numbers! It’s crazy to see how many children are even suffering from mental illness. Imagine all these black children suffering alone just because they’re stuck in a stigma. It’s sad and disheartening. I know another cause of why some black people might not look into getting help is because they feel like there isn’t going to be someone like them that understands. Well, luckily times have changed and there are black psychologists out there that can help you. There’s always a need for more, but where we’re at now is a start. It’s 2019, we as a black community need to end the cycle of stigma and insecurity when it comes to discussing mental health.

There are so many things and people in this world that want black people gone…we can’t let our own minds be one of them.