Are early midlife crises a thing? If they are, then I just might be having one!

I know I’m not in my 40’s or 50’s, but being almost 25, it literally feels like I’m going through a mini crisis at the moment. I was talking to my coworker the other day and she was just saying “Once you hit 25, time just zooms on by.”

DON’T TELL ME THAT!

As you can see, you can always count on your coworkers to be helpful (not!). I know I’m not the only one who’s having a crisis about turning 25. I mean that’s creeping closer and closer to 30! The question is though, why do so many of us go into this early midlife crisis? It’s not like there’s anything wrong with being 30. Some people even call it the “dirty 30’s”, but why do we freak out about getting up in age?

I know for me, it’s the issue of not feeling accomplished. I already know about the social clock, but there are still just some things you would at least hope of being on your way to getting accomplished. For me, it would at least be having my own car and being on my way to saving up for my own place. I don’t have my own car and the only thing I have saved up for either is…well…dust. I would also hope to be a tad bit further along with life career wise. I’m not saying I’d have my job secured (whatever that would’ve been) and everything, but I just feel like I’m floating. Granted, I know I’m currently working on a business, but until I’ve started getting income and can work for myself, I’m just…floating.

I think that’s the factor that us early midlife crisis havers have in common…we feel like we’re floating and nothing has been accomplished. I’m not speaking for everyone. Some people just don’t like the thought of getting older(I’m also in that group), but I do feel a lot of us just feel unaccomplished. It’s so easy to feel that way no matter what the age. That’s why I think the whole midlife crisis thing should just be changed to life crisis.

You’re not having an early midlife crisis, you’re having a life crisis and it’s right on time. It’s on time because there is no certain time for a life crisis. We all go through it at some point…sometimes multiple times. Whether it’s because you feel you didn’t party enough or take enough risks, don’t have your life together when you feel you should, or are just really freaked out about getting older…it happens. Just know that there’s time. It doesn’t matter the age, as long as you’re breathing, there’s time.

Am I having a midlife crisis? No. I’m having a life crisis, but I still have time to get things together. I’m 100% going to still freak out and worry from time to time, but I’ll get there. And so will you. 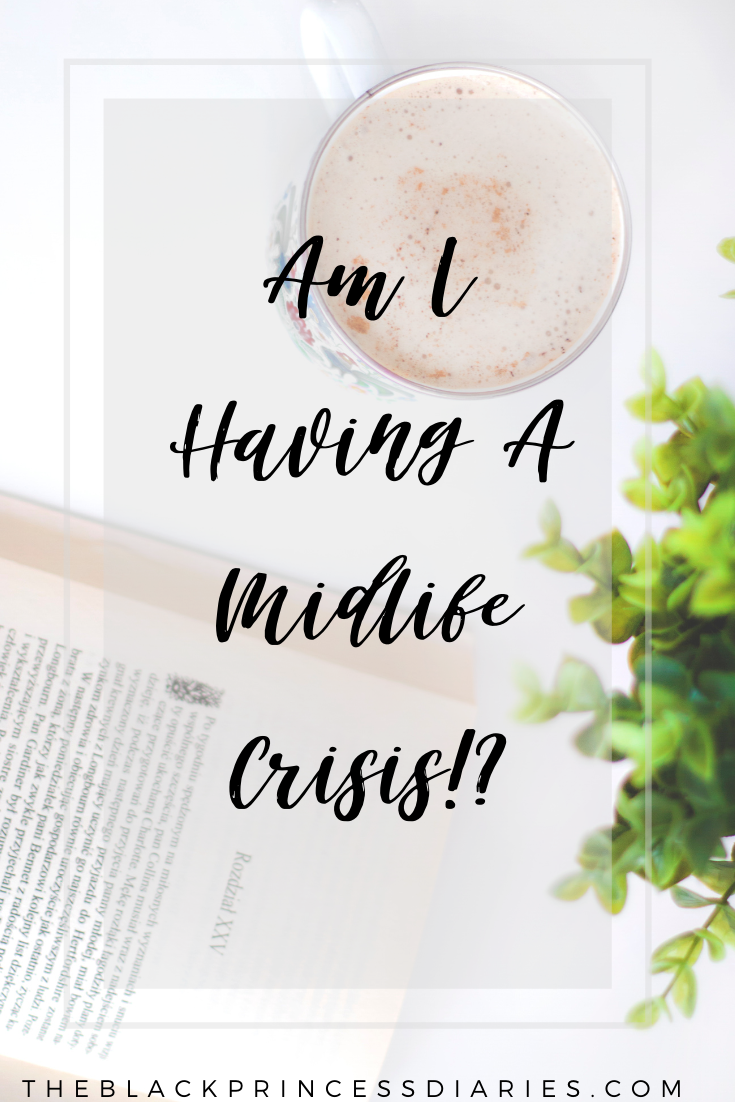